FROM FARMER’S MARKET TO THE FORKS AND BACK 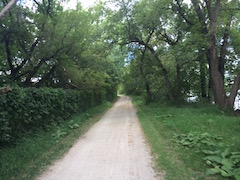 I finally made it down to the South Osborne Farmer’s market after some coaxing from a friend. I had put off going for weeks, and with only so much summer left I decided to be late to the party rather than sorry that I never showed up.

As I made my way down Osborne, and under the Rapid Transit Corridor, I felt a sense of adrenaline that I think most cyclists feel when they have to manage their speed down a considerable decline. Along with shoulder-checking, and then hike up a steep incline the trip can be taxing, even when biking a short trip from the East end of Wellington Crescent, it can wear you out.

Soon after I arrived at the market, I noticed a bike path I had never seen before. It was situated along the river and seemed to fork near the South Osborne Exchange building. After making my rounds, looking at all the tables, buying a pistachio glazed doughnut and chatting with some friends I saw there, I planned to pack it in for the day. However my curiosity over this trail got the best of me and before I knew it I was headed down a white gravel road with trees surrounding me. 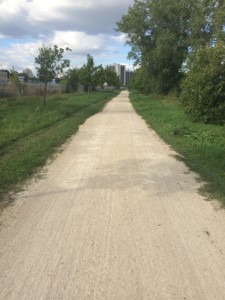 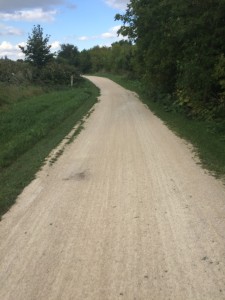 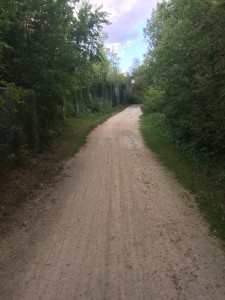 From where I began, the path was a little bit rocky, I was riding a road bike at the time and could feel the bigger stones shift around as I passed them, they weren’t big enough to do any damage to my tires but big enough to be a nuisance if I needed to get out of the way quickly. The rocks got smaller soon enough into the path for me to not care too much about it. Another slight issue I noticed about the path was that it got quite narrow at points: 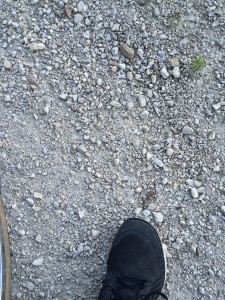 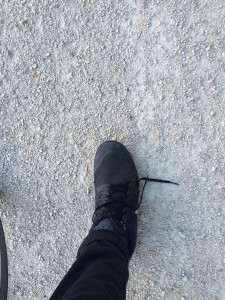 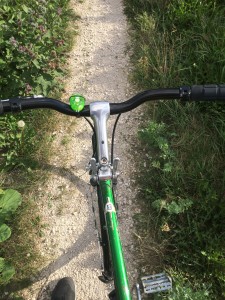 The only point the narrowness was any real concern to me was when I was surrounded by burr bushes on either side. if somebody needed to pass things could get burr-y. Had I encountered any of these pesky velcro’s I’d be delighted to know that there were two park benches along this portion of the trail so I could sit down while I picked them off of my shoelaces and jeans and then threw them in the garbage can. Both benches look exactly the same so I only took a picture of one and just copied it. Trust me though, there are two of them! 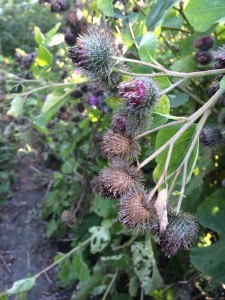 The trees on either side of the trail formed a large tunnel of sorts as leaves from branches overlapped with each other. The provided shade and a special kind of peace that one can only receive when they’re removed enough from a trail away from roads and close to a river made the entire trip worth it. All the foliage covering the uninteresting aspects of our cities infrastructure (like gray walls/fences) was refreshing to seeas well, and seeing somebody kayak was a special bonus! 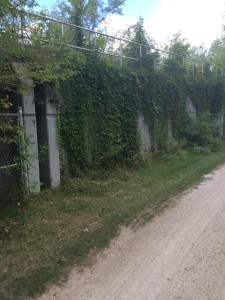 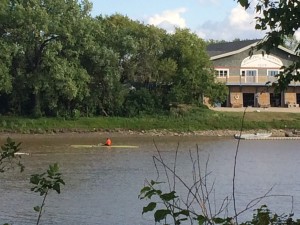 Soon after the tree canopy ended, so did the gravel path, as it transitioned into asphalt for the final portion of the journey. The decline was the steepest I had experienced on the trail, so I was glad that friction was on my side as I raced down toward the underpass of the St. Mary’s bridge. By the time I got to The Forks’ footbridge I was amazed at how quickly I had travelled there, and sad at how brief my trail trip was, spanning maybe 15 minutes. 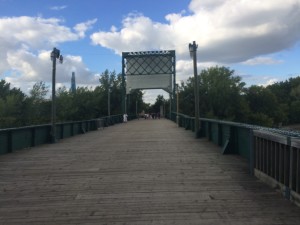 I wanted more, so I turned around prepared to experience the excitement all over again. I then made the mistake of using the dirt trail which connects with this trail. I could write a whole story about it honestly, but to make a long story short the dirt trail is pretty unsafe/unfinished despite having its occasional rideable moments. The highlight was definitely when I almost rolled my ankle on a narrow pathway while walking my bike and fell down into a pile of weeds: I lived to tell the tale, and I hope you all tell your own tale, hopefully a safer one, when you visit this trail in the South Osborne region (turn left on Mulvey Ave and go straight towards the river, you won’t miss it!), just don’t use the dirt trail, it’s not good.

Paul Hewak is a Trails Analyst summer student with The Winnipeg Trails Association. He is a student at the University of Winnipeg in the Faculty of English. His hobbies include riding his bike exhaustively until the steering bracket snaps off the day that he decided to write this story. He puts out his best wishes that his bike will recover, and will use another bike in the meantime. Paul’s hobbies include reading, writing, drawing, and collecting ugly pictures from thrift stores. Paul’s former bike’s hobbies included moving.

PrevPreviousFROM TRANSCONA TO DOWNTOWN AND BACK
NextHEADINGLEY GRAND TRUNK TRAILNext