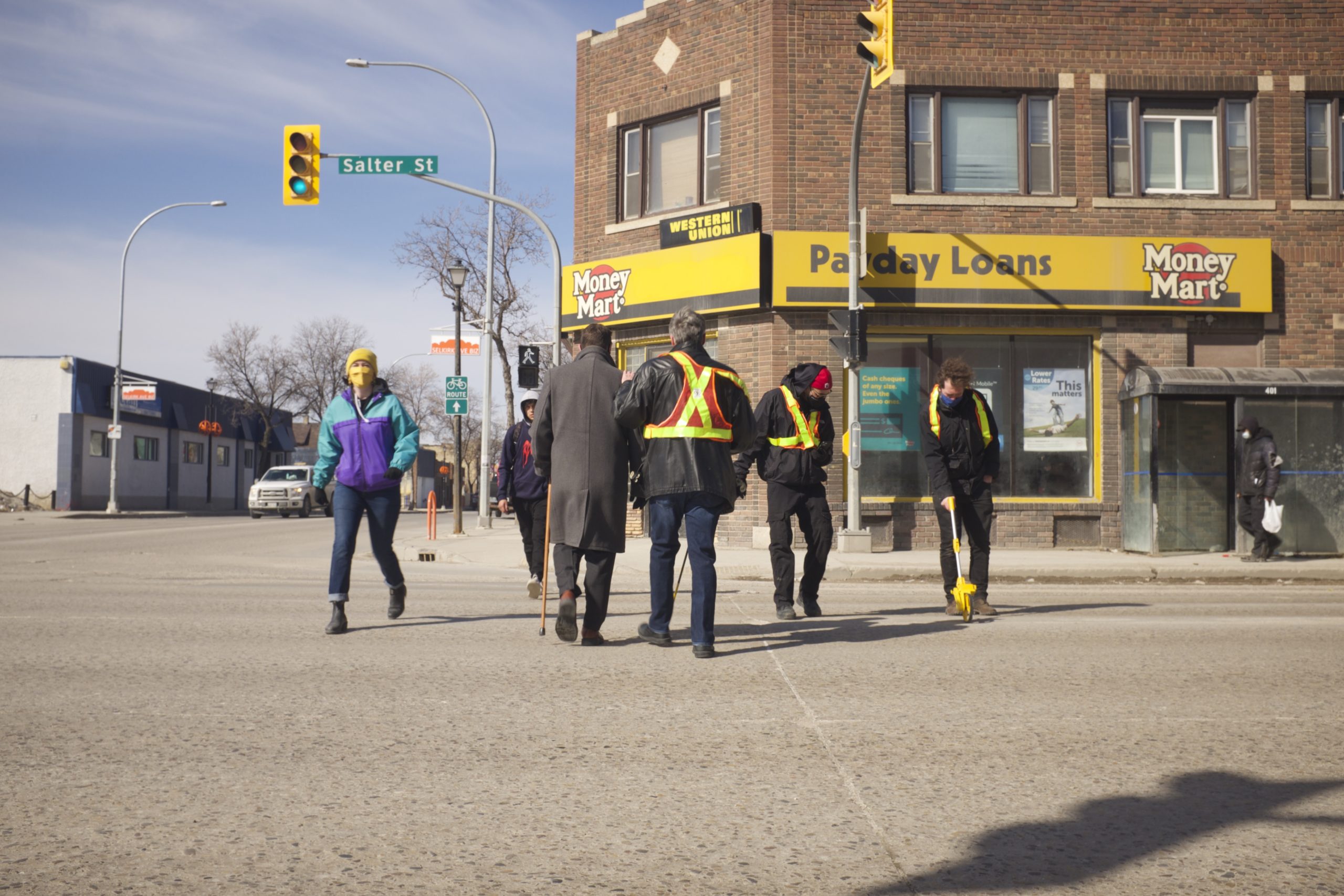 Below, find a press release from March 12th regarding the community's response to the lack of planned bike lanes for the new construction on Salter Street.

“Don’t Just Extend the Life of the Roadway, Extend Some Lives too”

March 12 2021 – The City of Winnipeg recently sent a notice that millions of dollars would be spent redoing Salter St. without adding bike lanes. The project website said consultation was not required because of its ”scope”.

The community disagrees. High profile members of the community have now rallied to stop it before construction starts and are demanding that the city go back to the drawing board.

Councillor Ross Eadie, Mynarski Ward is frustrated by what he sees a lack of diligence and care by the city: “There are no proper elements built into the regional roads in my ward to keep pedestrians, cyclists and motor vehicles safe from collisions. I’m constantly frustrated by hearing from administration that I should have brought up the topic before the tender design was completed and put out for a winning bidder to deliver on. McGregor from Selkirk to Mountain is a most recent example. Salter’s renewal has been in the works/regional road program for at least four years – no excuse for not providing safe elements to the right of way users.”

Point Douglas ward City Councillor Vivian Santos, a supporter of the North End and an advocate for safer streets by design, accessible sidewalks and all models of active transportation says, “It’s important to acknowledge that we have residents who depend on active transportation such as walking, cycling and public Transit as their main mode of transportation. Major arterial and regional roads such as Salter Street must provide equitable public space for everyone – vehicles, cyclists and pedestrians.” Councillor Santos further states, “I’ve always preferred bike infrastructure on main thoroughfares versus off-street greenways. I am committed to working with Councillor Eadie and the Chair of Infrastructure Renewal and Public Works to review the city’s long-term AT strategy to ensure it includes bike infrastructure on regional road renewals.”

Salter St connects to multiple high schools and leads to the Slaw Rebchuk bridge, a bridge identified by the City of Winnipeg as important for biking and slated for improvement. Meanwhile, North End residents experience some of the lowest incomes, highest rates of premature mortality and an acute lack of access to groceries stores and downtown. Years of investment in bike paths city-wide have mostly left the North End behind, while millions have been spent in other areas of the city, ironically often built in conjunction with the same freeway projects that require large amounts of funding and bring cars into the heart of the city.

Prominent advocate for the North End, Michael Redhead Champagne, says: “Residents of Winnipeg’s North End and especially people who use bikes to get around, deserve consideration when planning happens. North Enders and cyclists deserve safety while we travel from home to our school work or community spaces once these upgrades are built.”

While affluent areas along the river have enjoyed open streets, the North End and other inner city areas far from the river have been left to fend for themselves amid a pandemic that saw a massive drop in transit accessibility.

The fact that COVID-19 affected racialized and low-income communities more than most is not lost on those calling for change. Anders Swanson, a street design expert and the executive director of Winnipeg Trails who has been organizing in the North End for more than 15 years, says: “People living near Salter deserve the safety of bike lanes. Our staff who live there deserve safety. This is an absolutely tonedeaf response that ignores the long term health of Winnipeggers and the future of our city. We need to hit the brakes and redesign it. This pandemic should have taught us how fragile our transport systems are. When we don’t have options ready, people lose out. When COVID-19 hit, we saw how big numbers of people – from nurses to grocery store workers to families working from Zoom – all turned to biking for errands and their own sanity. This spring, it is time for the city to change. It starts by including bike lanes every single time they rip up a road. These guys are deciding how we all get to move for decades.”

When council voted on the Pedestrian and Cycling strategies, discussions came with a promise that the map would be updated regularly, a process which they are now years behind on. It came with a promise to study regional corridors and add them to the network. Very little of that work has been done since. Swanson, who has been vocal about the plan, continued: “I don’t understand why Pembina got bike lanes before we had a plan and the North End still has none after we got one. We warned them over and over again about this. Repaving Salter is a huge investment in money. It runs right past two high schools. Half the day it sits empty. What will kids in 10 years think of this decision? I mean, even Google maps knows multiple people are riding here on the sidewalk at any given time. And no one wins. Last year, Councillor Eadie got hit by a person on a bike on Main while stepping off a bus and it snapped his cane. Why? Because we are offering no option. People are desperate for safety. For the sake of everyone, we have to fix this.”

Others pointed out that bad design puts people in conflict with the police just for trying to stay safe, Nelson Flett, a North End resident who has been working with Winnipeg Trails and riding over the tracks since October said: “My friend told me about how he was riding on Salter on the sidewalk. The cops pulled him over and warned him he would get a ticket and get fined. It was a green light and he didn’t feel like he was doing anything wrong. I know it’s dangerous, but with the street how it is, what choice does he have? What choice do any of us have?”

Future generations are part of the concern. Janell Henry, an expecting mom who leads the Healing Trails program recently moved back into the neighbourhood. She notes: “The City of WInnipeg has given out a notice in the mail just recently to the residents living along Salter informing us of their upcoming construction work,”to improve drainage and rideability and to extend the life of the roadway.” It’s great all this work is being done to a road that is “improving the lifespan of the pavement structure” but they also need to think about those that live and travel within these neighbourhoods. There’s so many people that default to riding their bikes on the sidewalk because there’s no way they are risking their lives to prove a point to the angry entitled drivers. Let’s give them some breathing space and make them some bike lanes. Don’t just extend the life of the roadway, extend some lives too.”