Danielle Moore lived her life full of hope and believed in creating great change for a more just and environmentally sustainable planet. In her 24 years, she touched the lives of countless people across Canada and around the world. She was a courageous leader, a champion for justice, and an environmental activist always keen to carry the hard work of sustainability forward. Tragically, Danielle’s life was cut short on March 10th, 2019, when flight ET302 crashed in Ethiopia – Danielle was on her way to represent Canada at the United Nations Environment Assembly in Nairobi, Kenya.

Ever since a young age, Danielle’s enthusiasm and curiosity for life were insatiable. She was a voracious learner, a masterful artist, and a tireless community-builder – a true leader that served with humility. Not only did she play six instruments, but she also wrote her own beautiful music. Not only did she practice Tae Kwon Do, but she also earned her second-degree black belt and became an instructor and mentor for other students. Not only did she love nature, she founded the ‘Green Team’ at Francis Libermann Catholic High School, which brought communities together to tackle environmental issues.

As a graduate and valedictorian of Francis Libermann, Danielle had a bright future ahead of her filled with ambitious hopes and dreams. After high school, she completed her Bachelor of Science degree with honors in Marine Biology from Dalhousie University. Her thesis research on right whales fundamentally changed how scientists track and protect this endangered species. During Danielle’s university years, she mobilized her community to lead a citizen-science expedition that discovered a previously undocumented wetland. This discovery helped halt an illegal pipeline expansion in Nova Scotia and continues to improve environmental assessment processes in Canada. She was a longtime volunteer with the Ecology Action Centre (EAC) in Halifax, a non-profit organization that tackles climate justice and environmental sustainability. She was a top fundraiser for the EAC, raising money by running marathons in creative costumes – she always found a way to make life fun.

After graduating from Dalhousie’s Marine Biology program, Danielle worked and volunteered for Food Matters Manitoba, a charity that focuses on food security by bringing communities together through healthy food. She later earned a position as the Education Lead with Canada Learning Code, a non-profit organization that empowers marginalized children to code. As part of Canada Learning Code, Danielle traveled throughout rural Manitoba, Northern Ontario, and Nunavut as an educator who inspired youth about the possibilities of technology to help solve some of the world’s most complex problems. Even while she was working, Danielle still found time to volunteer for important causes such as the Energy Justice Coalition, Waterlution, and the Canadian Parks and Wilderness Society.

In recognition of her dedication and passion for the environment, Danielle was selected as one of 40 young leaders to participate in Ocean Bridge, a year-long, national conservation initiative with the Canada Service Corps. Through Ocean Bridge, Danielle continued spreading her love of the environment; she led outdoor field trips about ocean health, organized shoreline clean-ups, and sailed around Haida Gwaii and the Salish Sea to raise awareness about ocean conservation alongside Indigenous communities.

In 2019, Danielle followed her calling as an educator and was accepted to the University of Ottawa in the Teacher Education Program. She was absolutely thrilled to continue her career in education. She would have been an incredible teacher inside and outside the classroom, inspiring children and youth to be their very best. Danielle naturally instilled confidence in others and was able to foster a creative and open environment in any setting. She made anyone feel special and encouraged others to share their gifts with the world.

One of the many gifts Danielle shared was a project she started called ‘The Cautious Optimist’, where she learned skills for a sustainable future and documented her insights through her monthly blog. One of her blogs profiled how to make clothing from scratch, from shearing the wool, processing it, dyeing it, and knitting it together. Since her passing, Danielle’s Cautious Optimist blog has inspired others to start sharing sustainable skills online and in their communities across the country. Her natural ability to foster meaningful relationships continues to flourish.

After seven years of studying, volunteering, working, and connecting with people around the world, Danielle was planning to settle closer to her family and her partner upon her arrival from Kenya. Danielle had also planned to visit the Philippines to reconnect with family and her roots, and to build a fish farm and library in her mother’s village. Although Danielle is no longer here to carry this work forward, her invincible spirit continues to live on through the initiatives she completed and set in motion and the many lives she touched.

Wherever Danielle went, she brought people together to form strong communities based on inclusion, love, and hope. In her blog, she wrote that “in the midst of changing times, in the midst of a looming future, we can also revel in the idea that such a change/collapse can bring upon a new way of life. So I choose hope, and that’s what I hope to share”. Danielle was, and always will be, the embodiment of love and hope. 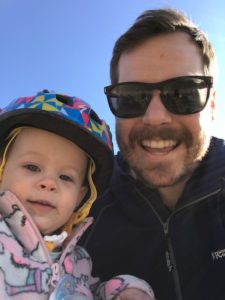 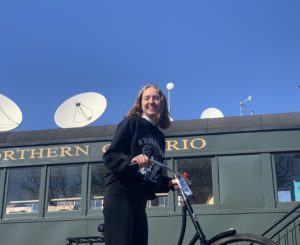 Project Coordinator Signy holds a BSc (Hons) from the University of Winnipeg and is grateful to live and work on Treaty 1 territory. She has 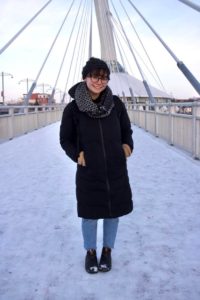 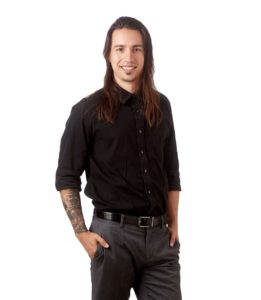 Matthew is an Urban Planner in Winnipeg, working primarily in the private sector for the local planning and development firm Richard + Wintrup. He is