Connecting the Trans Canada Trail by 2017

The goal of connecting the Trans Canada Trail from coast to coast by 2017, Canada’s 150th anniversary, is one step closer to being realized. Stephen Harper announced that the Government of Canada will provide additional support over the next four years to complete the 24,000 kilometer trail. 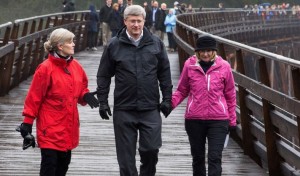 Prime Minister Stephen Harper today announced that the Government of Canada will provide additional support over the next four years to complete the Trans Canada Trail, a 24,000 kilometre recreational trail that winds through every province and territory from coast to coast to coast. The support will be provided in the form of a matching fund to be administered by Parks Canada.

“The Trans Canada Trail will allow Canadians and international visitors alike to enjoy some of the world’s most breathtaking scenery, while promoting health and fitness through a wide variety of recreational activities. Completing the initiative by 2017 would be an incredible legacy of Canada’s 150th anniversary as the Trail would connect almost 1,000 communities and provide users with a unique perspective on our spectacular natural and cultural heritage,” said the Prime Minister.

One federal dollar will be provided for every two dollars raised by the Trans Canada Trail Foundation.

The Trail, a national legacy project that will help connect Canadians to nature, provides health benefits as well as inspiration to explore and discover Canada. It is designed to accommodate a variety of activities such as hiking, cycling, horseback-riding, cross-country skiing and snowmobiling. When completed, it will be one of the longest recreational trail networks in the world and will help Canadians enjoy closer connections to some of our country’s most awe-inspiring places.

The Trail is expected to generate millions of dollars in economic benefits in the years to come by creating local jobs and supporting the tourism industry.

The Trans Canada Trail was initiated in 1992 as a project to celebrate Canada’s 125th anniversary. Nearly 17,000 km or 72 per cent of the trail is already operational. The Trail is being built, operated and maintained by community, regional and provincial/territorial trail groups, as well as all levels of government.

For more information on the Trail, please visit tctrail.ca. 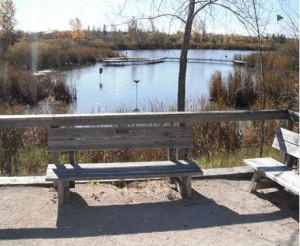